When we were founded 30 years ago, the four transformations below were already apparent, although few recognized the magnitude and inevitability of these changes and fewer still believed or accepted these as trends that would continue to shape our existence: 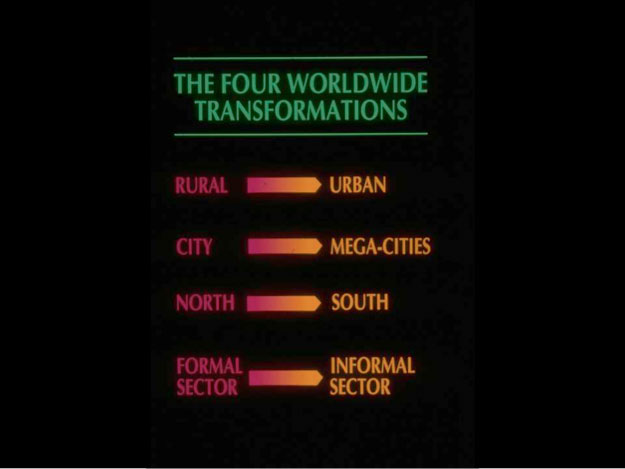 RURAL TO URBAN: The transition from a predominantly rural world to a predominantly urban one, was predicted to happen by the year 2000. In fact it took 7 more years for that change to occur, but it was inevitable. Since 2007 the majority of the world’s population has been urban. 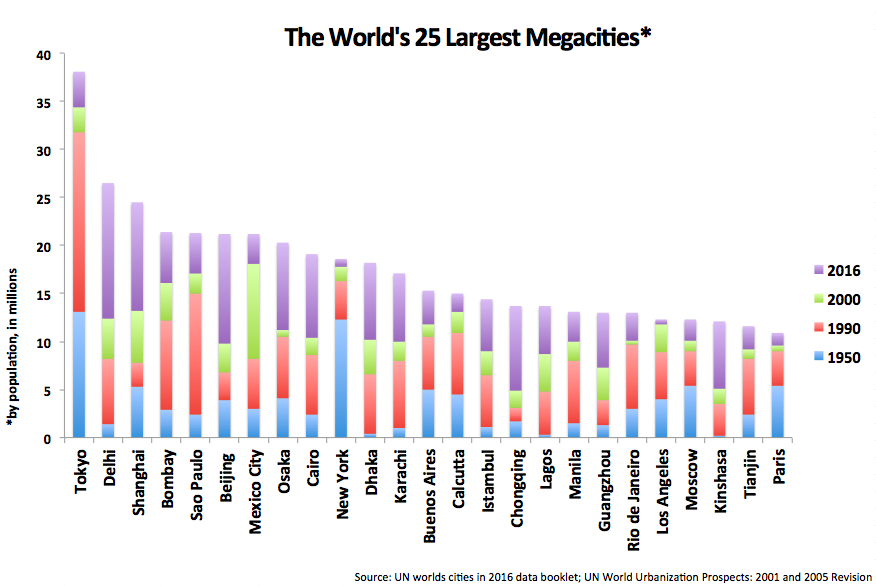 NORTH TO SOUTH: At the beginning of the postwar city-ward migration, in 1950, 7 of the 10 largest cities in the world were in the highly industrialized countries, whereas by 2015 there were only 2? Or 3?

FORMAL TO INFORMAL SECTOR: Mega-Cities face many problems in common. Regardless of their differences in political systems, economic development, social organization, culture and history these mega-cities, share many of the same fundamental problems. These include increasing demands on limited city budgets; natural resources reaching the limits of their carrying capacity; extreme polarization and spatial segregation between rich and poor; uncoordinated polices and programs; mutual distrust among private, public and civil sectors; and powerful resistance to change in the status quo.

Metropolitan systems are further strained because the fastest growing segment of the population is concentrated in the “informal sector” (squatter settlements, shantytowns, slums and clandestine subdivisions) in Africa, Asia and Latin America. Today a billion people live in these self-build communities; by 2030 it will be 2 billion and by 2050 it will reach 3 billion, representing a third of the planet’s population. 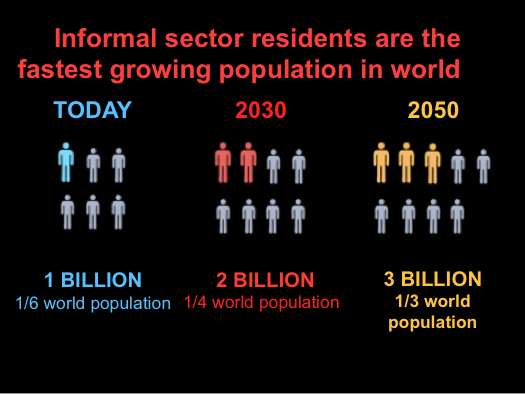 Excluding so many people from urban infrastructure (water, sanitation, solid waste management) and social services (education, health, job preparation) limits the health, wellbeing and future prospects for the city and the planet as a whole.

The challenge of our times is bridging the extreme inequality that separates the 1% of the urban elite from the other 99% of urban dwellers. 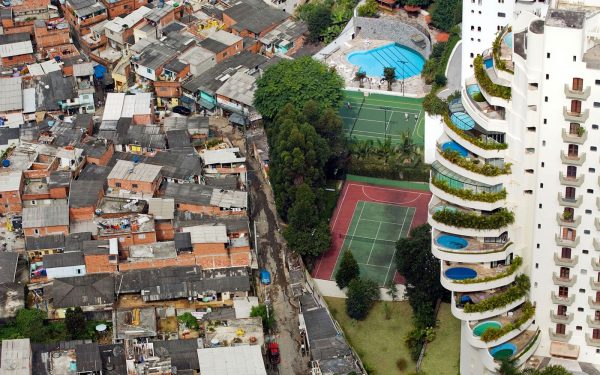 The increasing gravity of these issues makes it clear that current policy approaches are not working. The timing is urgent. Experience has shown that there is often a 20-25 year time lag between new ideas and their incorporation into public policy.

We cannot afford to wait another generation for a new approach to urban policy. By now, it is clear that all efforts to keep people out of cities have failed—or only partially succeeded in command and control systems. While Latin America has reached the level of urban saturation, Asia is in the midst of the urban expansion and in Africa it has not yet peaked.

There is thus a compelling need to implement policies and practices that make better use of the abundant human and natural resources in the city and create multiplier effects with the scarce financial resources. 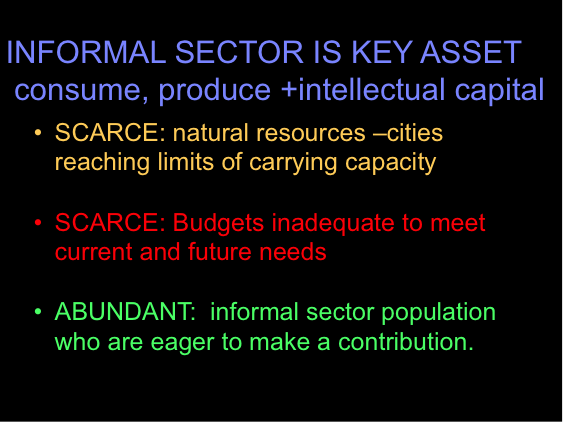 As was true when we started the MCP 30 years ago, “It is time to envision and implement a city that is socially just, ecologically sustainable, politically participatory, and economically vibrant.”